In 1941, Clifton Larrimore, Lewis Flynn and Harry Seay set up a tent in an open field about a quarter of a mile from the present location of the Kerwin Baptist Church and conducted a very successful revival meeting. The meeting was greatly blessed by the Lord. Many souls were saved and many Christians revived. From that meeting the Holy Spirit gave birth to the interest in organizing a Baptist church in this community.
On October 24, 1941, the first meeting of those interested in organizing a Baptist church in the area was held in the home of Ezra Roberson, who at that time was serving as pastor of the Union Grove Baptist Church, near Oak Ridge, North Carolina. Elected to serve were moderator, Dr. Charles Stevens, pastor of the Salem Baptist Church in Winston-Salem, North Carolina, and clerk, Harry Seay. Eight local churches were represented in this meeting to show their support. They were: Pleasant View Baptist Church, represented by Pastor E.P. Caudle, Lewis Flynn, G.C. Green, Clyde Humphrey, Glenn Arnold and Gene Hanes; New Hope Baptist Church, with Pastor D.L. Temple, A.C. Collins,
R.B. Petree, W.C. White, J.L. Frankland, H.H. East and V.R. Kimsey; First Baptist Church of Kernersville, represented by Pastor B.W. Glosson and S.W. Whitley; Urban Street Baptist Church, with Pastor W.S. Luck and L.J. Bagwell; City View Baptist Church, with Pastor Walter Crouse; Salem Baptist Church, with Pastor Charles Stevens; Woodland Baptist Church, with Pastor Ralph Phillips; Union Grove Baptist Church of Oak Ridge, represented by Pastor Ezra Roberson, Mr. and Mrs. Buck Vanhoy and Mr. and Mrs. W.C. Seachrest. Present at this first organizational meeting were Sam James, Novella James, Earnest James, Beulah James, Virginia Stanley, Robert Jones, Ella Jones, Harry Seay and Clifton Larrimore, who expressed their desire to become charter members of this new church. Ezra Roberson agreed to donate a tract of land on which to build the new church. Since the church would be located between Kernersville and Winston-Salem, the name of this new Baptist church would be “Kerwin”. Thus the name “Kerwin Baptist Church” became a reality. The meeting was all positive and concluded with the official organization of the Kerwin Baptist Church. On Sunday, November 2, 1941, the first members were baptized by Reverend Clifton Larrimore. They were Sam James, Robert Jones and Ella Jones.
On November 28, 1941, at the home of Robert Jones, the Kerwin Baptist Church was officially organized. Earnest James, Sam James and Robert Jones were elected to serve as a building committee, and Clifton Larrimore was called to be the first pastor. The first church building was completed on the property donated by Ezra Roberson in February, 1941, at the approximate cost of $3,000. That property and building are located near the railroad track at Talley’s Crossing, about one half mile from our present location. After much prayer and following the leadership of the Holy Spirit, the decision was made to purchase a tract of land on Highway 66 and relocate the church. Upon the completion of a new building in the fall of 1961 the Kerwin Baptist Church moved to its present location.
The church was a Southern Baptist Church and a member of the Pilot Mountain Association until 1963, at which time it voted to no longer be associated with or identified with the Southern Baptist Convention, but to henceforth and forever be known and recognized as an independent Baptist church. Kerwin Baptist Church has had six pastor in its sixty-two years of ministry: A.C. Larrimore (1941-1944), Joe Belton (1944-1946), Elmo Myers (1946-1950), Kenneth Vaughn (1950-1957), R.L. (Bud) Thomas (1957-1962), Joe W. Myers (1962-2012), & Daniel Hawtree Jr (2012-Present).
Through these sixty-seven years, the Lord has richly blessed the ministry of the Kerwin Baptist Church, from its humble beginning of nine charter members and a property value of approximately $3,500 to the present membership of approximately 900 members and a property value exceeding $4,500,000. We have enjoyed attendance of over 1,500 people in special meetings and literally thousands have been saved and followed the Lord in believer’s baptism. Many have been called from our church congregation into full-time service for the Lord and are serving today as missionaries, Christian school teachers, church secretaries, pastors and many other areas of service for Christ.
Our goal is to maintain a “little church atmosphere” with a friendly and sweet spirit, a true love for Christ and for one another, to walk in the old paths, to resist the influence of modern times to change, to stay with the King James Version of the Scriptures, to seek to win everyone to Christ that we can, and to love and instruct those whom the Lord gives us. 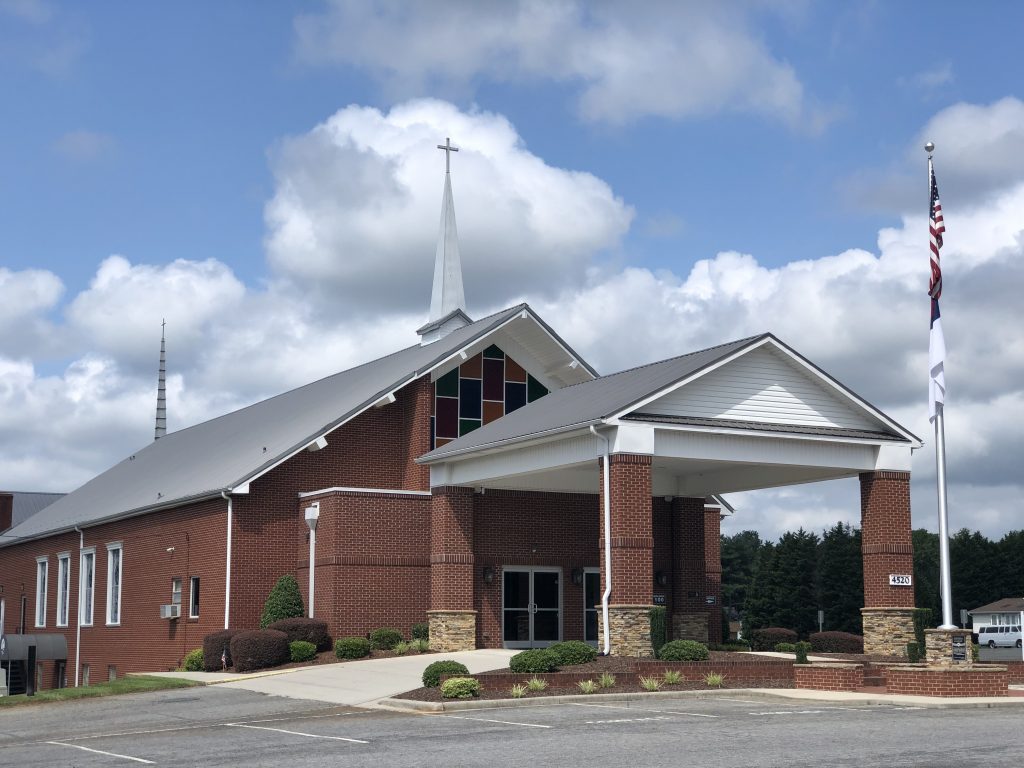