Daniel Munro Hawtree, Jr., was born into the home of evangelists Dan and Pat Hawtree. His childhood was spent in the ministry traveling to hundreds of churches while his father preached and his mother sang. He continued traveling in evangelism until he became a student at Pensacola Christian college. During his college years, he traveled with the acting team, was student body chaplain for two years, and worked in four different churches in Virginia and Florida. He also, traveled in evangelism, and was the student body president during his senior year.

Shortly after graduating from Trinity Baptist College in 1994, he began his ministry at Kerwin Baptist Church and served for six years as Your Director. He also served as Assistant Pastor, Music Director and Bus Director. In 2000, he began his ministry in full-time evangelism. He married Julie Smith in 2003, and God has blessed them with three boys. He returned to Kerwin in 2009 to succeed Joe Myers as Pastor. Daniel Munro Hawtree, Jr., became the head pastor of Kerwin Baptist Church on March 11, 2012.

Pastor Joe W. Myers grew up at the Woodland Baptist Church in Winston-Salem, North Carolina and was saved there as a teenager in 1956. He answered to call to preach there in 1958. In November of 1958, under the direction of his Pastor, Rev. R. Zeno Groce, he opened the Woodland Baptist Rescue Mission on Trade Street in Winston-Salem and served there for three years and three months. That ministry has grown into what is now known as the Winston-Salem Rescue Mission. In March of 1962, he accepted the pastorate of Kerwin Baptist Church in Kernersville, North Carolina, till 2012. On May 17, 1989, Pastor Joe Myers received a Doctor of Divinity Degree from the Trinity Baptist College in Jacksonville, Florida at the hand of Dr. Bob Gray.

Pastor Myers resides in Kernersville, North Carolina. His loving wife of 63 years, went home to be with the Lord August of 2020. They have two grown children, Kevin and Joanna, seven grandchildren and seven great-grandchildren. Pastor Myers’ hobbies are soul winning and preaching.

He grew up in Kernersville involved at Kerwin Baptist Church. He trusted Christ as savior at a Kerwin Baptist Christian School fall retreat in Hillsville, VA. He attended Hyles-Anderson College.  Jacob began serving as an intern at Kerwin Baptist Church in December 2009. He became the youth pastor in 2010 and served in that capacity for 5 years. In addition, he has served as the children’s pastor, church pianist and upward sports director. He is currently serving as the Administrative pastor and Upward Sports director. He was married in 2011 to Jessica Jarriel and they have four children

Frank Newsome is the youth pastor here at Kerwin Baptist Church. Frank has been attending Kerwin literally his entire life, his grandpa Linus Newsome began the bus ministry at Kerwin, and his parents met on one of our bus routes as children. Frank accepted the Lord Jesus in August of 2004 in a tent revival here at Kerwin, he studied youth ministries at Trinity Baptist College in Jacksonville Florida. Frank has been on staff at Kerwin since February of 2016. Frank has a passion for our teenagers, and desires to see each them enter into a relationship with Jesus, and to grow in the grace and knowledge of our Lord. Frank married his wife, Jessica Newsome, in 2014. Frank and Jessica have two beautiful little children.

David accepted Jesus Christ as his personal Savior at the age of 5 . Later he accepted the call to preach at 18. David studied pastorial ministries with an emphsis in digital media at Pensacola Christian College. David interned in the summer of 2015, and later came on staff at KBC in the summer 2016. As Children’s Pastor, David is over the Kidville Children’s Ministry, where there are many different opportunities to reach children and their families for our Savior. He married his wife, Sara Fulp, in the summer of 2019. They have one son. 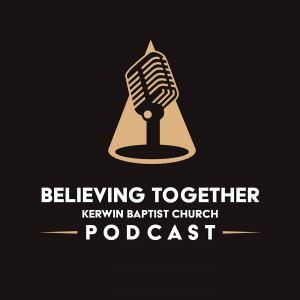